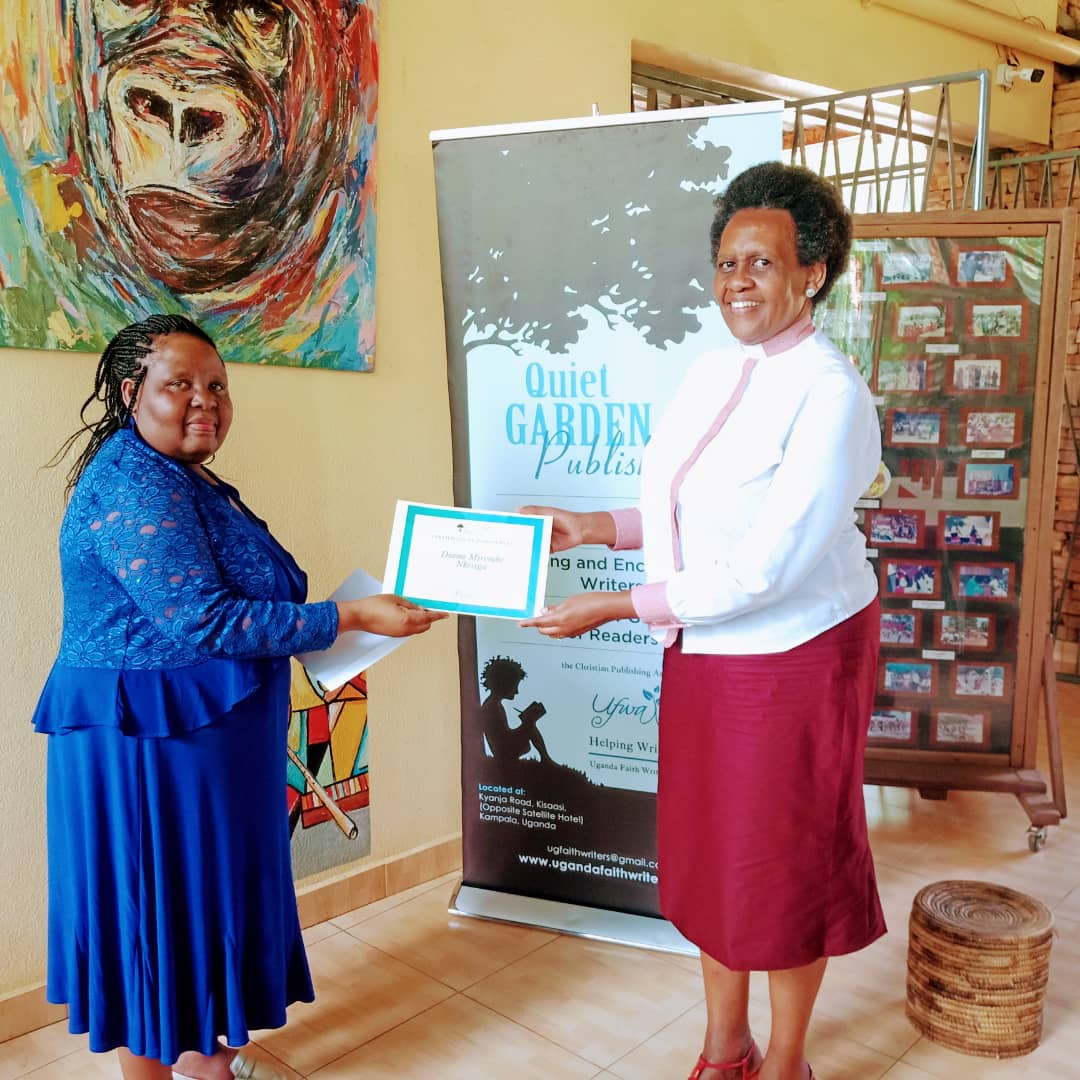 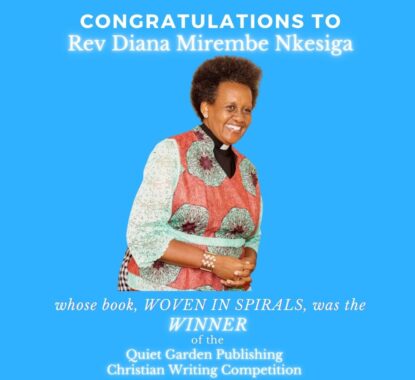 Reverend Diana Mirembe Nkesiga, whose book,  ‘WOVEN IN SPIRALS’, was selected as the WINNER of the first ever Christian Writing Competition in Uganda – which was graciously sponsored by Tyndale Foundation USA, answers some questions about herself and her story.

In addition to her first place prize of $550, her book will be published in Uganda by Quiet Garden Publishing and internationally by Oasis International!

Who is Reverend Diana?

Reverend Canon Diana Mirembe Nkesiga Barlow is an Anglican Priest in the Church of Uganda. From 1992 to 2005, Reverend Diana lived in South Africa where she served as a missionary. She has also worked as a Counselor to teachers, those in troubled marriages, those living with AIDS and families in general. She also worked as an AIDS and Women’s activist and as a minister with addicts and alcoholics.

Reverend Nkesiga has served as a Board Member with Rahab, an organisation which works against Human trafficking and rehabilitation of prostitutes. She is currently the Director of PHUMLA Retreat Centre and is also a Director of the Nkesiga Cancer Foundation which works with children with  cancers.

In her book, Woven in Spirals, Rev. Canon Diana Mirembe Nkesiga shares her personal story and the extraordinary circumstances surrounding her journey to ordination to the priesthood. She endeavours to make sense of the issues concerning women in the priesthood and looks at the lack of engagement as well as the gaps within the processes leading up to her priesting.

As Diana celebrates her twenty fifth anniversary in the Priesthood and thirty years of ministry in the Anglican Church of Uganda, she looks back and can clearly identity the invisible hand of God weaving the detours, distractions and diversions into a beautifully spiraled basket for His glory. God’s purpose always prevails!

Diana was married to the late Rev Dr. Solomon Nkesiga for twenty-five years and together they had two sons, Ignatius and Themba, and they have raised two daughters, Evelyn and Edith. They served as missionaries in South Africa for almost thirteen years.

What made you write Woven in Spirals?

In 2017, I was invited back to South Africa to celebrate twenty-five years of women in the priesthood and it was there that I shared the story of the 1st Ugandan clergywoman, Rev Florence Septume Njagali. It was then that I realised how many hungered after stories of these sheroes of the faith. I knew I had a story to tell and especially because of the unusual circumstances that led to my being struck off the ordination list of the first women clergy to be priested in Namirembe Diocese. We had previously been asked to submit a three-hundred-word document of our journey to priesthood for the centenary of Bishop Tucker Theological College, but I failed.

After the death of my husband in 2015, I took a sabbatical to recuperate and to reorganise my life after my loss. When I returned from the conference in Johannesburg, I began to put pen to paper. I wanted it to be a celebration of my twenty-five years in the priesthood in December 2019.

What is the message you hope readers get from reading the story?

God calls whom Him calls! Nothing can get in the way of God’s call on your life. Despite the distractions, interruptions, diversions and detours, God can weave all these together to fulfill His plan and purpose in you.

What is your writing plan for the future?

I would like to publish some of the poetry I have written over the years. I would also like to tell our South African missionary story and I hope to write some children’s stories based on our childhood in Uganda.

I currently have several unfinished scripts, one written by my late husband on his hospital bed titled ‘Reflections of a Dying Man to Dying Men’. Another one is on the life and service of Joan Hall, and the last is a Manual on Grief Care.

This site uses Akismet to reduce spam. Learn how your comment data is processed.

We are a community of writers who started meeting together on a regular basis to read each other’s writing, pray, and offer encouragement in the craft and beyond. We named this meeting ‘Quiet Garden Fellowship’ and this eventually grew into the publishing arm of UFWA known as Quiet Garden Publishing.

Perhaps you can finally write that novel this month...why? Because November is National Novel Writing Month -NANOWRIMO - of course! NaNoWriMo! ... See MoreSee Less

It's National Author's Day and we celebrate our authors and all other great authors in Uganda, Africa and beyond!....Media Associates International (MAI) ... See MoreSee Less